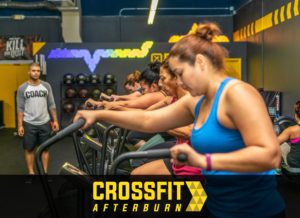 Gym & Creatine: A Guide To The Ultimate Natural Muscle Booster

If you’ve been skeptical in the past, it’s time to grow up and consider giving creatine another try if you are consistently hitting the gym trying to get those gains. Let this guide answer all your questions about the world’s most popular (safe and legal) muscle-boosting supplement.

Creatine monohydrate is a molecule found naturally in meat, fish, and eggs. Unfortunately, you’d have to eat pounds of steak to get enough from your diet alone to have an ergogenic effect (which might not be a problem if you’re following the carnivore diet, but for the rest of us, we’ll need to supplement). Available since the early 1990s, creatine powder has become one of the best-selling sports nutrition products of all time inside of gyms. It’s sold on its own, and as an ingredient in other pre- and post-workout nutrition formulas.

How Does Creatine Work?

The fuel source for muscle contractions is a molecule called adenosine triphosphate (ATP). When your muscles contract, ATP loses a phosphate and becomes the byproduct ADP. For the muscles to keep working at a high intensity, they must receive another phosphate molecule that transforms ADP back into ATP. Creatine monohydrate binds to phosphate, supplying that crucial molecule to ADP and completing the cycle that recharges your muscles. The process boosts your capacity for explosiveness and extends the time you can perform high-threshold activity. That means getting more reps on sets of squats, presses, and other weight-training exercises in the gym, running at your top speed a few moments longer on the track, and maintaining your hops late in the fourth quarter of a basketball game. In short, creatine can lengthen the duration you perform an all-out effort in virtually any anaerobic (quick-burst) activity in the gym.

What Are The Benefits of Creatine?

The ability to achieve higher outputs and do more work at a high intensity has powerful implications for anyone looking to gain muscle and strength or support sports performance.

The International Journal of Sports Nutrition and Exercise Metabolism published an enormous meta-analysis of 100 studies, concluding that creatine improves body composition and resistance training performance regardless of gender or training experience. Meanwhile, a review of 22 studies found that subjects taking creatine averaged eight percent greater strength gains than those on a placebo, with an average 14% increase in reps performed at a given percentage of the lifters’ maxes. Gains on the bench press were particularly impressive, with one-rep maxes shooting up as much as 43%.

Athletes on creatine have fared equally well outside the weight room. A study on elite wrestlers found that creatine boosted their average and peak power on an anaerobic endurance test. In 2014, a trial on elite soccer players showed that those on creatine sustained jumping power while a control group succumbed to fatigue. And in a similar study on collegiate volleyball players, creatine maintained the subjects’ repeated block jump height.

Do I Need To Load Creatine?

Experts used to recommend a “loading” period for creatine, in which you would take 0.3 grams per kilogram of your body weight for five to seven days to maximally saturate the muscle tissue, followed by a maintenance dose of three to five grams daily. While this approach works and may cause you to see results more quickly, it is unnecessary. Skipping the loading phase and taking only three to five grams daily works fine. For larger individuals who carry a lot of muscle mass or have higher activity levels, higher doses (up to 10g daily) may work better.

After three to four weeks, some experts recommend that you stop taking creatine for a week or two before supplementing with it again. There’s no danger in continuing to take creatine without cycling off of it, but your muscles may be more sensitive to it after they’ve had a break from it, and so your gains may be greater if you take some time off. However, there is no research to confirm this, and no studies to show that taking creatine indefinitely can be problematic (see “Is Creatine Safe?” below).

Unlike with steroids (to be clear, creatine is NOT a steroid), you don’t risk losing the gains you’ve made if you do go off creatine, or at least not for a while. Research showing performance losses when cycling off creatine is wide ranging, but suggests that you can maintain the progress you’ve made for four to 12 weeks, creatine-free.

When Should I Take Creatine?

There doesn’t appear to be a bad time to take creatine, so whatever time of day you’ll be sure to get it in is the time you should aim for. With that said, there is evidence that consuming creatine post-workout could lead to the better results. A 2013 study found that post-exercise creatine led to better body comp and strength gains than taking it pre-workout. Another trial showed that subjects who trained arms grew bigger guns when they took creatine after workouts.

For as long as the internet rumor mill has tried to drag creatine through the mud, it’s never been able to produce compelling evidence for most people to avoid the supplement while hitting the gym hard. The International Journal of Sports Medicine found “few adverse effects” of long-term creatine supplementation, with those they did cite including nausea, gastrointestinal discomfort, and diarrhea. It should be noted that the subjects took a large dose—10 grams daily—for nearly a year, yet only three of 175 people reported problems. Another report showed that five grams of regular supplementation—the amount most users take daily—was safe, and explained that much higher levels have been tested without adverse reactions. There are no studies that link creatine to kidney problems in people who had otherwise healthy kidneys, and the same goes for cancer.

Problems with creatine seem to arise when too much is taken at once or when not drinking sufficient amounts of water.

Interestingly, creatine may actually help to minimize certain problems that plague athletes. The Journal of Athletic Training revealed that Division I football players using creatine had a lower incidence of cramping than those who went without.

Furthermore, in 2017, the International Society of Sports Nutrition released a position statement on creatine’s safety, declaring that not only is it safe, it may actually have neuroprotective properties as well. “Given all the known benefits and favorable safety profile of creatine supplementation reported in the scientific and medical literature, it is the view of ISSN that government legislatures and sport organizations who restrict and/or discourage use of creatine may be placing athletes at greater risk—particularly in contact sports that have risk of head trauma and/or neurological injury.”

What’s The Best Type of Creatine?

The majority of the research that connects creatine with positive results has been done on creatine monohydrate. Still, that hasn’t stopped supplement companies from trying to cash in on the craze by offering similar, yet inferior, products that promise more benefits but under-deliver. A 2012 study put buffered creatine head to head against old-fashioned creatine monohydrate, only to find that it was no safer or more effective. Another trendy option, creatine ethyl-ester, was found to be less effective than monohydrate for increasing muscle creatine levels, improving body composition, muscle mass, strength, and power.

If you are wanting to improve your performance and results from your workouts at the gym. lets get you some creatine so you can keep crushing the gym!